Please scroll down to view all: Part 1 About the Group and joining; Part 2 Your Photos, at UCL and where you are now; Part 3 The Lost Traditional Dojo at UCL

UCL Alumni Aikido Group is working with Bloomsbury Aikido Club to provide opportunities for UCL students, alumni, staff and members of the community to practise Aikido.

If you would like to join the Group:
N.B. Alumni Relations has re-designed its website. AOC completely replaces the former UCL Alumni web community so you will need to re-register. See Alumni Relations

1. Please register / re-register with UCL Alumni. This can be done online on https://aoc.ucl.ac.uk/alumni/login and click on ‘New user registration’. You will need your Alumni ID Number, which has recently changed format due to moving to a new Alumni system. This is now a 10 character number starting 8-1 and you can find it on any recent communication from the Alumni team.
2. Once registered, log in to the UCL Online Alumni Community. The best way to do this seems to be to go to the https://aoc.ucl.ac.uk/alumni/alumni-community page and click on ‘networking area’ then log in via Linked In or Facebook using your usual Linked In or Facebook username and password.
3. Go to ‘Pages’ to find the Alumni Aikido Group page and click on ‘Follow’ to join the Group.
Non-Alumni who have associations with the club at UCL may join as Friends, just send an email to the Contact for the Group.
UCLAAG Associated Clubs: Group members may register their Clubs by emailing Contact as above, see below. 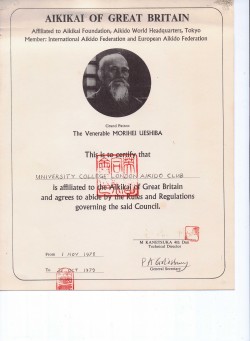 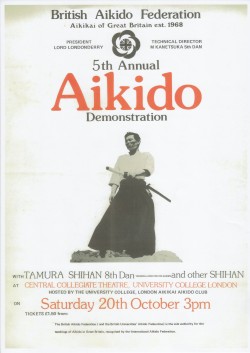 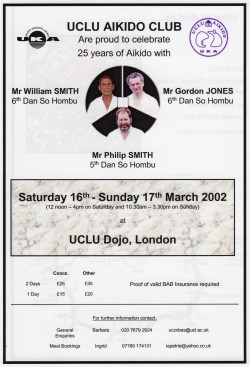 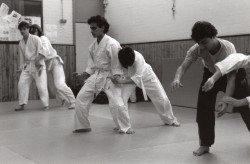 Since the earliest days of the student UCL Union Aikido Club (founded 1976) through the Club’s evolution (in 2004) as a UCLU Bloomsbury Fitness martial arts activity to the revival (2014/15) of the student UCLU Aikido Club, UCL alumni and staff Aikido practitioners have played a significant role in providing continuity, experience and teaching. The UCL Alumni Aikido Group was established in 2013 in recognition of this.

The Group would like to hear from UCL alumni and staff from anywhere in the World, who trained (or are training) in Aikido at UCL. It would also like to hear from those Alumni who have developed an interest in Aikido, whether physical or philosophical and cultural, since their time at UCL. Friends and family are welcome to join in the Group’s events and activities.

The group’s aims include:

Support for student UCLU Aikido Club
To continue to provide an opportunity to practise Aikido at the UCL Union’s Bloomsbury Fitness centre (originally UCL Union, CCB) where students, alumni, staff and members of the community have been training since 1975. Beginners and practitioners of all levels are welcome. We offer UCL students the opportunity to study, practise and develop themselves in Aikido with the teaching, guidance and support of the more experienced alumni. For information on joining and booking an Aikido class at the Bloomsbury Fitness centre, please go to the Home Page of this website.

Global Network
To establish a global network of UCL Aikido Alumni for the purpose of keeping in touch with each other socially as well as for training. UCL Alumni Aikido contacts would be able to provide introductions to other members of the group when visiting Dojos in other parts of the world.

Associated Clubs, Globally
Where a member of the Group is also involved in running a Club, that Club can register with the Group as an Associated Club if it would like to involve itself in, or organise, any UCL Alumni Aikido Group activities and events.

Social and Events
• To keep in touch with each other via email and social networks.
• To arrange gatherings alongside key national and international Aikido events.
• To hold an Annual UCL Aikido Alumni cultural day, at UCL.
• To hold courses and social get-togethers periodically. 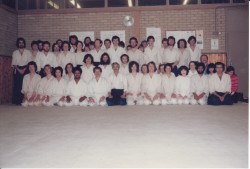 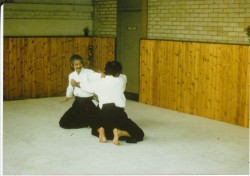 Visiting international teacher M Sekiya Sensei at UCL Dojo, March 1978.
Peter Goldsbury writes: “On one of your websites is a group photograph with M Sekiya Sensei. You are in the photograph at the back. Barry is on the far left and Ross (the Iranian) is on the front row on the right. I am also in the photo, but I am not wearing a keikogi. I had an operation on my knees and was recuperating for part of the time that Sekiya Sensei was in England. I remember also that Ken Cottier gave a course at UCL when I was there. This would have been before 1980. I will look through my photo collection, for I might have a few pictures of that time.” 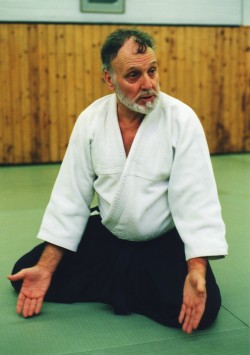 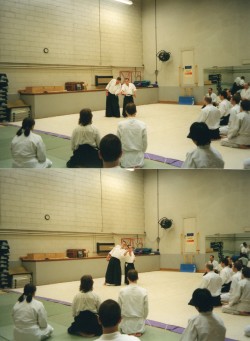 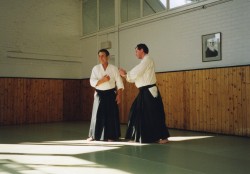 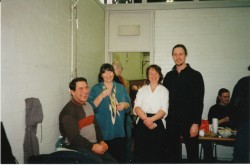 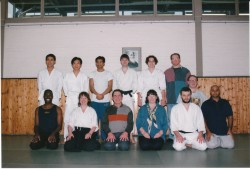 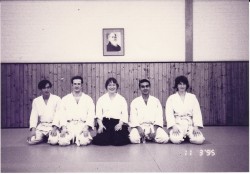 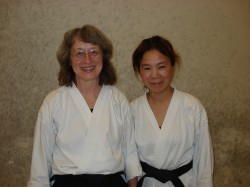 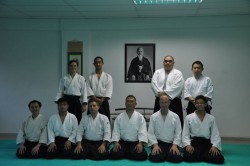 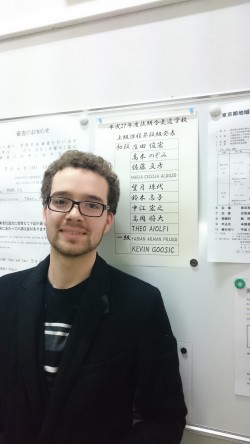 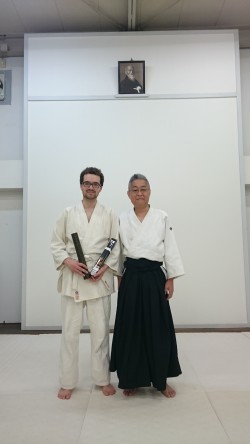 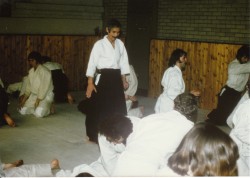 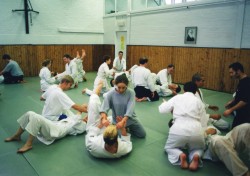 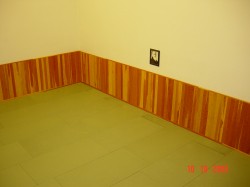 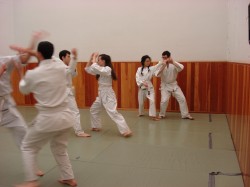